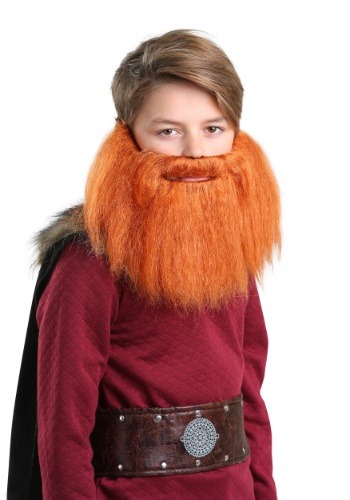 We surveyed a pool of 100 men to ask them what their beard means to them,
This is a brief summary of our findings...Once thought of as a personal grooming choice for only mountain-men and lumberjacks, beards have made quite a comeback in recent years,
Now everyone from hipsters residing in Brooklyn to philosophy professors are choosing to sport this popular trend in facial hair,
The men we talked to like sporting full beards because it makes them feel powerful, rugged, hardy, and overall more masculine,
"No one ever picks a bar fight with a man who's efficient at growing a beefy beard," one participant noted,
"Yeah, if a beard was good enough for Abe Lincoln, then a beard is good enough for me," another participate explained.Men-in-the-making, don't worry because your ability to display a robust beard will come soon enough,
Until then, wear this red viking beard to give you the macho appearance you desire,
You can see what it's like to have a furry face while also enjoying your time as a kid because it goes fast,
Be at ease knowing that you will truly join the beard movement some day soon!