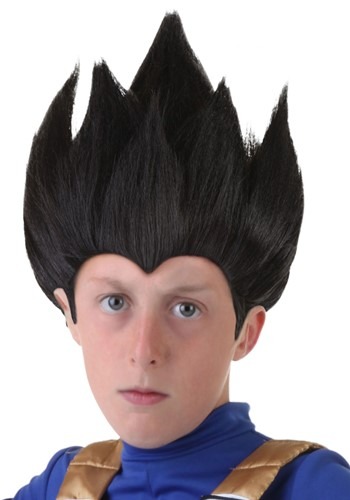 Vegeta has always been a tough guy, going from cold-blooded bad guy to a slightly softened anti-hero and then somewhere in the middle,
He's angry, full of haughtiness and ferocity, and obsessed with becoming earth's most powerful warrior and finally surpassing Goku in strength,
But let's be honest a second...would Vegeta really be anything without that hair?Just imagine a Vegeta without the hair,
Make him bald for a second,
Ew,
Not the same effect,
What about giving him a crew cut? It's still sort of tough, but the same energy isn't there,
He's just not the same,
Now imagine he's got dreadlocks,
Just kidding,
That would be a great look for relaxed rasta Vegeta, but then, we're guessing his mission would probably revolve around the acquisition of lots of munchies and hacky sacks,
Nope, his hair is the most important element of his character,
Which is why adding one of these child Vegeta Wigs to their costume is so vitally important.Make sure you're adding the best wig you can to your child's favorite Dragonball Z character,
This officially licensed wig is made of synthetic fibers and built to last,
The spikes may require some styling for best results, as they can get moved out of place during shipping,
So go ahead and assemble the blue tank top and white gloves, but just be sure you remember to add the sweet hairdo that ties it all together...