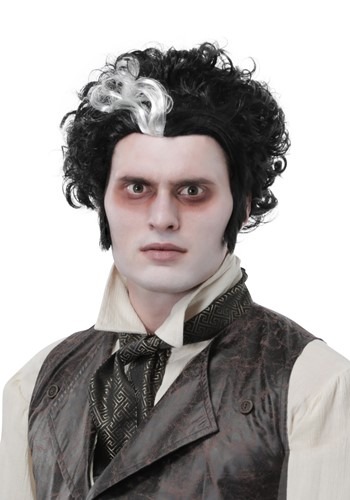 What was it that allowed Sweeney Todd to get away with his barber shop shenanigans for so long? Just so you know, by mischief we mean murdering people and turning them into meat pies,
It's not as if he came back to town as an upstanding citizen,
After all, he got back from his stint in Australia, set up shop above the place that made the worst pies in London, and his clients almost immediately started disappearing,
That seems fishy to us,
It could be that he wasn't found out because the police force was lacking in his part of the town,
We know for certain that he wasn't charming people to put them off the scent, we doubt that Mr,
Todd's terse manners ever charmed anyone since he got shipped to that island of criminals,
Perhaps he literally got away with murder because of his fine head of hair! These dense curls are fit for a barber, be it one with a violent streak,
Speaking of streaks, how shocking is that streak of white? You have to hand it to poor old Sweeney, his 'do really sets a precedent for all of his doomed customers!