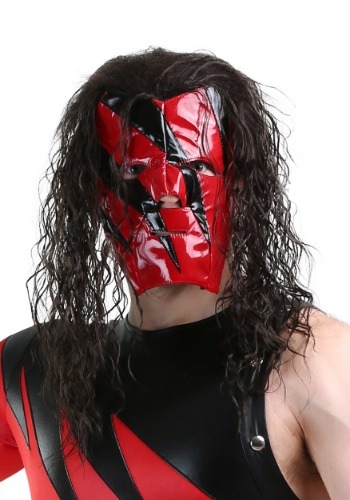 Intimidating is one of the main words that come to mind when describing Kane,
A massive man, weighing in at over 300lbs, Kane has pulverized and defeated lots of legendary wrestlers on the WWE mat,
His colossal size can subdue even the toughest opponents while his muscles secure his victory,
If you want to be Kane for Halloween then you've come to the right place because we can make you look as threatening as possible,
First things first, we need to start with the top of your head. We'll get to the mask, muscles, and costume later but if you really want a believable transformation then you need Kane's signature hairdo,
Luckily, this officially licensed WWE Kane men’s wig will give you the wrestler's macho style so you won't have to start growing out your hair six months before Halloween,
This wig features shoulder length hair styled in a way so it looks wet and sweaty,
Now, all you need is the WWE championship belt to lock down your look as Undertaker's deranged bother.